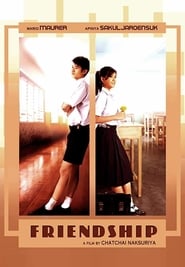 Singha receives a call from Jack, a friend from school. Jack sets up a high school reunion where Sigha meets with the rest of his buddies from back in the day, including Song (the owner of a grocery shop), Kanda (Song’s wife, a chubby lady who thinks she’s so fierce), JudDuang (a famous actor), Pong (a DJ who loves to tell horror stories) ,and Jack (a cool, artistic tomboy who works a stylist for a top magazine) When the entire bunch meets again, it brings back a lot of fun memory. The conversation goes on until Signha starts talking about his first and only love, Mituna, a new student who transferred during the last year. Signha’s memory about Mituna is weaved into a story once again.